Skip to content
Leader Publications, Jefferson County’s only weekly newspaper company, was founded in 1994 in Festus, Mo. It publishes four community weekly newspapers with a combined circulation of 68,000. The first edition of the Jefferson County Leader came off the presses on Aug. 25, 1994. It was distributed free by direct mail to every home in the Missouri communities of Barnhart, Pevely, Herculaneum, Crystal City, Festus, Hillsboro and De Soto, as it still is today. The Arnold-Imperial Leader, which served those two ZIP codes, began publishing on Aug. 24, 1995.
The West Side Leader began as a monthly on May 30, 2013, quickly grew in popularity and readership and became the company’s third weekly newspaper on May 14, 2014. It covers the western Jefferson County communities of Fenton, High Ridge, House Springs, Cedar Hill, Byrnes Mill and Dittmer.
In February 2017, the Leader started publishing the Eureka Leader, which is mailed to more than 6,000 households in the Eureka, MO, ZIP code. The company also publishes Grand Times, a magazine for senior readers which is inserted in both Leaders three times per year and numerous special sections that promote community events. The company always has emphasized strong local news content, running a 40 percent “newshole,” an unusually high percentage for free newspapers. That commitment to news has brought the company dozens of editorial awards over the years from the Missouri Press Association and the National Newspaper Association. It also has earned the company a loyal and large roster of advertisers, ranging from local merchants to nationwide retailers. Those strong relationships, for both ROP and insert customers, are reflected in numerous awards the company has earned from the Missouri Ad Managers Association. Leader employees are actively involved in Jefferson County’s communities and civic organizations. The company sponsors events at major festivals and hosts popular events of its own such as its annual Wedding Fair and four Senior Expos each year. With owners/operators on site who are Jefferson County natives, the company remains committed to its cornerstone values of strong local news coverage, customer service and community involvement. 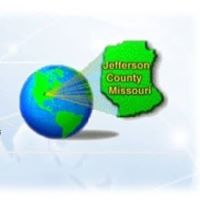